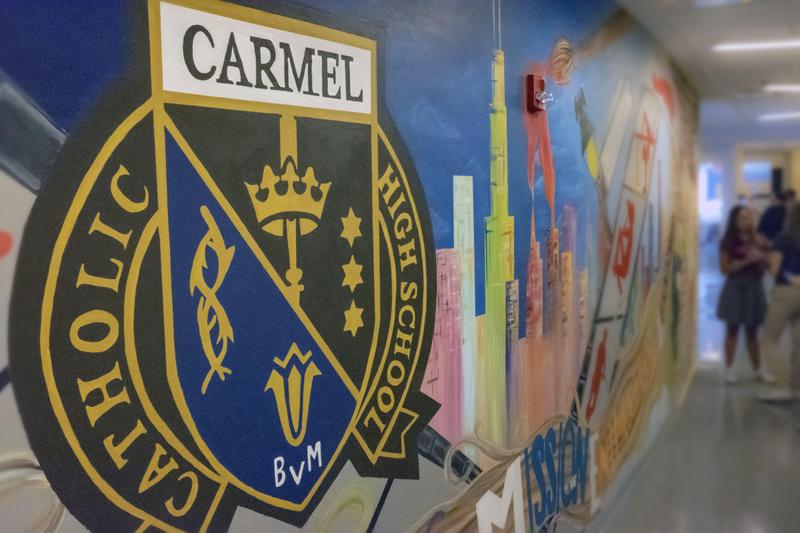 Congratulations to the Class of 2022!

A total of 287 students joined the ranks of Carmel Catholic High School alumni on Friday, May 27 as the Class of 2022 was fêted with a graduation ceremony held at Baker Stadium.
Published May 31, 2022 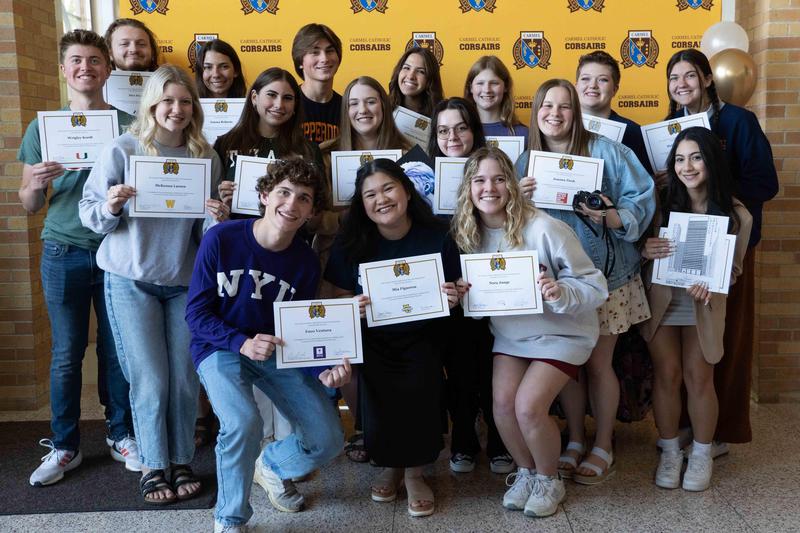 The Carmel Catholic Fine Arts Department hosted the first-ever Fine Arts Senior Signing Day in late May. This event featured 17 graduating seniors who are choosing to major or minor in an area of study related to the Fine Arts.
Published May 27, 2022 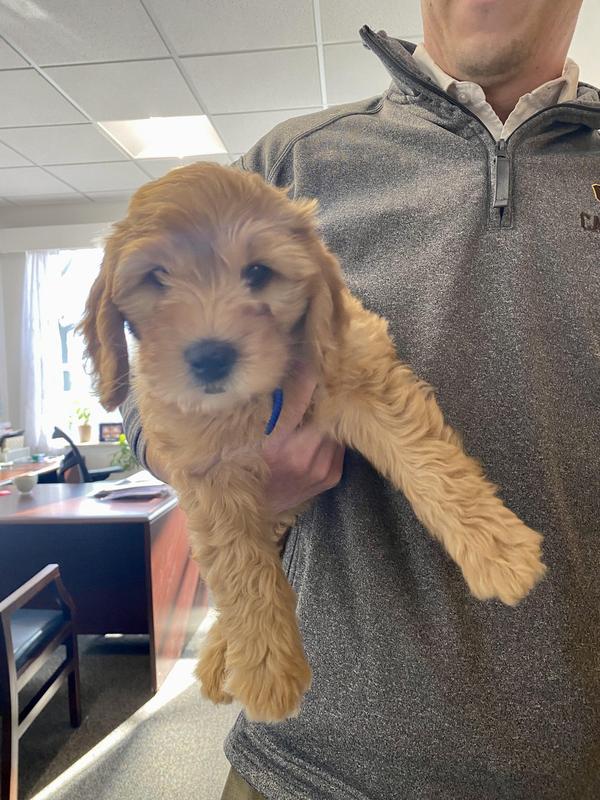 Corey is a male Goldendoodle who will be serving up some big snuggles and kisses as he welcomes and comforts students at Carmel Catholic in his role as a therapy dog. Corey is currently in training and will by next school year be a certified therapy dog. This spring, he will be present on campus as he learns and adapts to being in a school environment. You'll catch him most days with Principal Jason Huther or with our Student Services team.
Published April 26, 2022 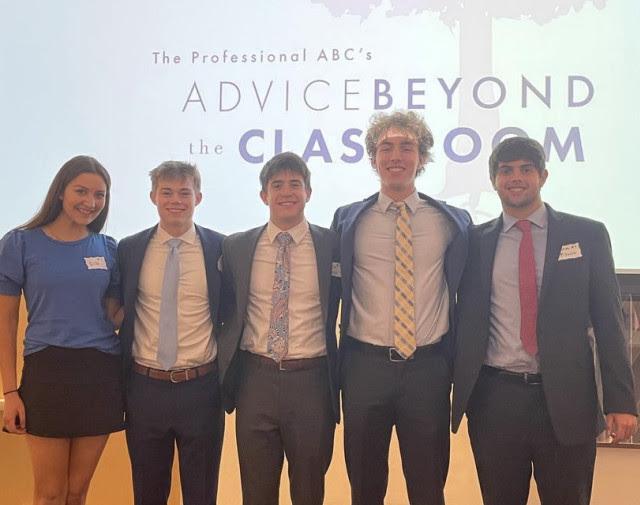 On April 27, Carmel’s Advice Beyond the Classroom (ABC) team comprised of Ryan Hogan, Spiros Pissios, Mario Durnil, Nicholas Kolesar, and Giselle Young, went to UBS Tower to compete at the ABC state event. After presenting in front of the entire ABC organization, guest speakers, and the judges, Carmel’s team won, making them the state champions.
Published May 17, 2022 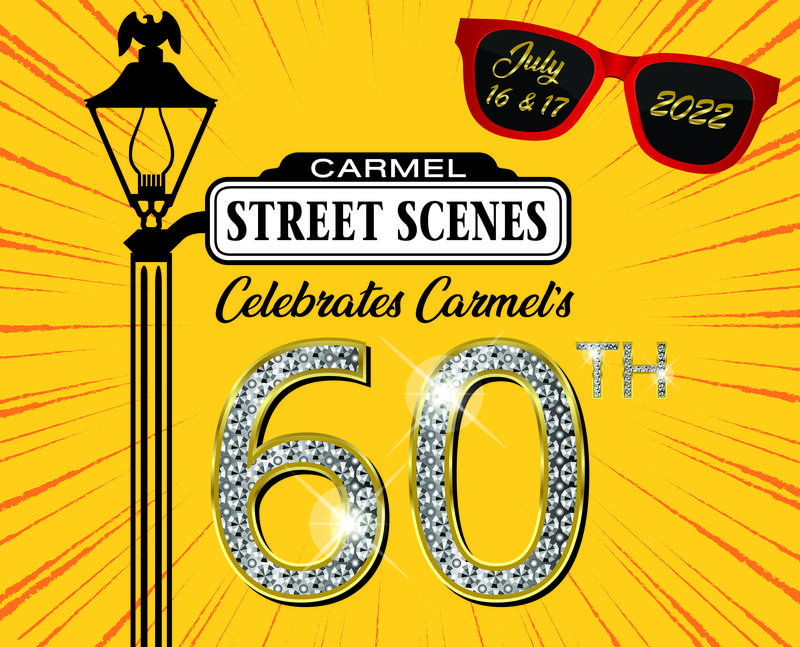 Join us for an outdoor party that will combine the traditions of Street Scenes and new features for the whole family, including live music and performers, local food and beverage vendors, games, a Mass and much more on the Carmel Catholic High School campus.
Published July 7, 2022

Congratulations to our National Merit Scholars, Victoria Nagode and Isabella Pagano!
Published May 11, 2022 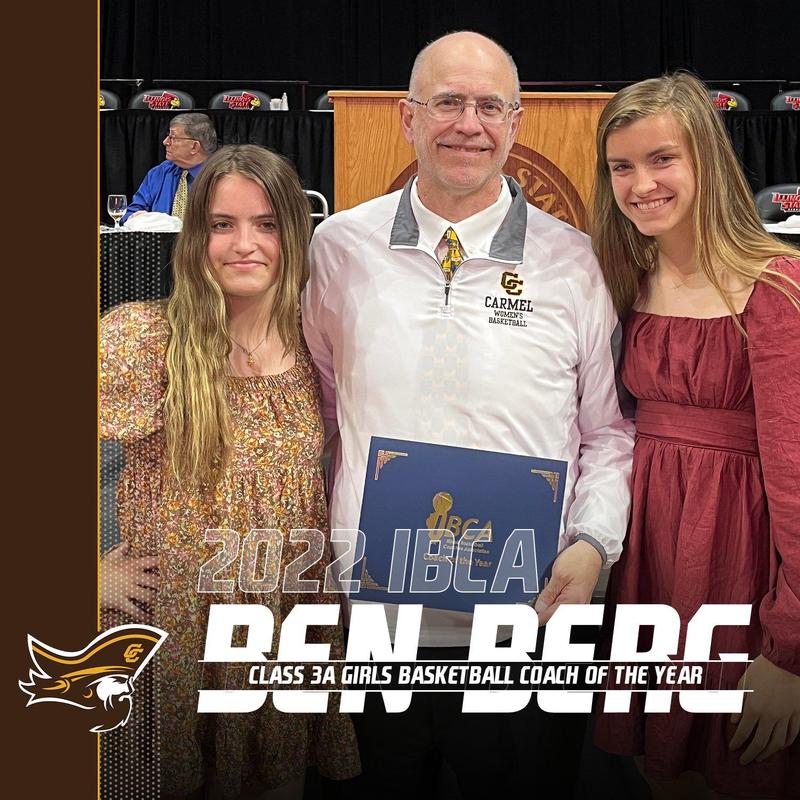 On April 30, Girls Basketball Coach Ben Berg was honored as an Illinois Basketball Coaches Association Coach of the Year for his efforts in leading the Corsairs to the 2022 IHSA 3A State Title!
Published May 2, 2022 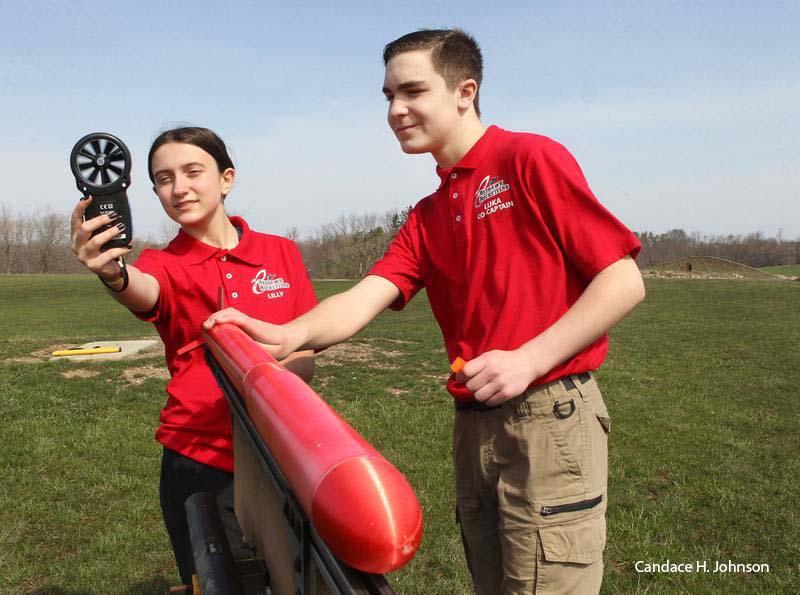 Students from Carmel Catholic High School and Prince of Peace Catholic School are working together in The American Rocketry Challenge.
Published April 29, 2022 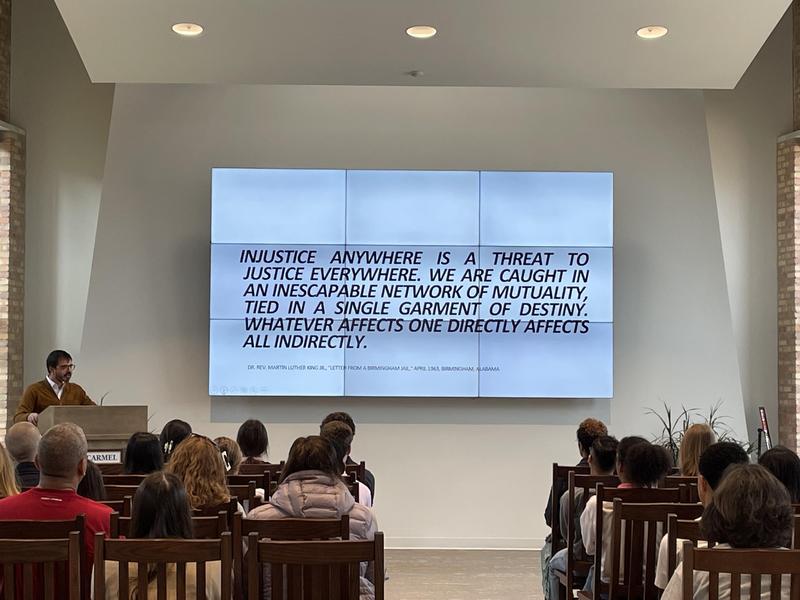 On Saturday, April 23, Carmel Catholic hosted the first-ever Lake County Diversity and Equity Symposium. Students and educators from across Lake County were invited to add their voices to this collective understanding of equity and justice in our schools. This event was funded by a JPIC Human Development Fund from the Carmelite JPIC Commission.
Published April 26, 2022 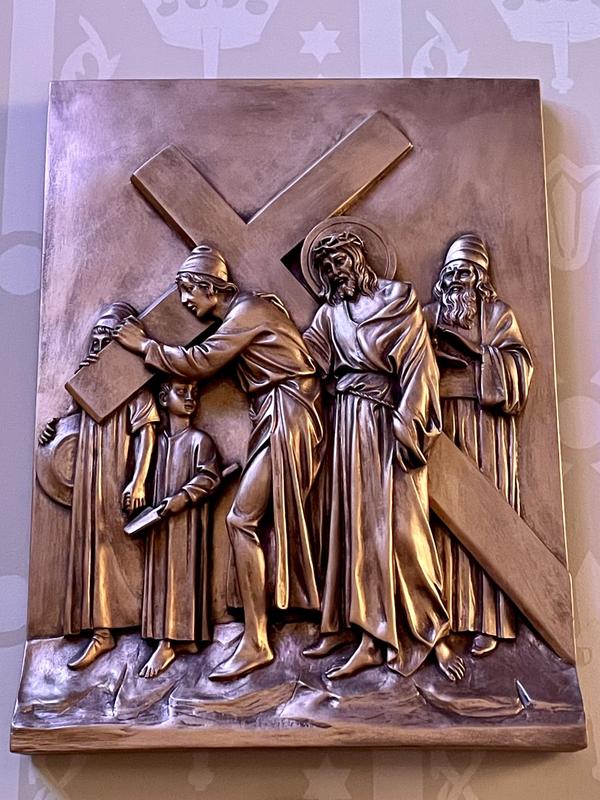 Reflection by Maddie Zitella on the Eighth Station of the Cross

During Thursday's Stations of the Cross, senior Maddie Zitella gave a powerful reflection of the eighth station about seeing Christ in those in need. We invite you to take a read.
Published April 14, 2022