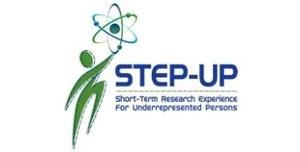 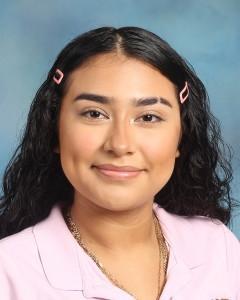 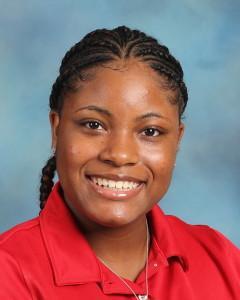 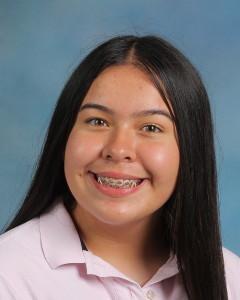 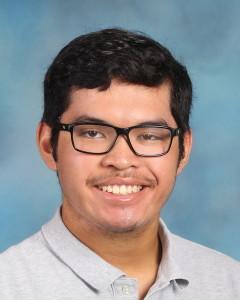 Students from Carmel Catholic were chosen to participate virtually along with students from Como Park Senior High School in St. Paul, Minnesota. Students began the year by talking about problems they were concerned about in the world around them and then using that interest to develop a research question for which they designed the methodology and collected data in hopes of gathering information that might help them to better understand their questions and use their findings to change the future.

“The program opened my eyes to the real world of science,” commented Rogelio Vargas. “It can be challenging for those who may not have a taste for it; but for someone who does, it's fun. Definitely opened my eyes towards a career in science.”

As part of the program, students met and talked with many professors, alumni, and business and community leaders.

“I really enjoyed the Step-Up Program. It introduced me to so many really interesting people that I never would have met otherwise,” remarked Amira.

The presenters shared their stories regarding their achievements and the challenges they faced in their careers. Each contributed a unique perspective regarding the people they met and the choices they made during their careers. They talked about how their goals evolved over time showing that the journey and the people you meet along the way are as important as the achievements themselves.

Considering the challenges students faced over the last year, several of the research projects were focused on measuring the frequency of stress and depression in our student population and whether music or exercise would be able to help alleviate student’s symptoms. Ale, Evelyn, Che’Nyeah, and Amira surveyed the student population regarding their current stress and depression levels, the effects it was having on their relationships and studies along with the actions that helped reduce these issues. The group proposed that listening to calming music would have the most beneficial effect on a student’s mood. Participants were asked to listen and evaluate two different pieces of music and how these pieces of music affected their current stress level. Ale and her partners concluded that “a majority of Carmel Catholic students say music helps them when they are stressed.” These results have prompted the group to suggest calming music could be employed in targeted ways to reduce stress at the school.

Jacob DelosReyes was interested in the relationship between bullying and asthma. He surveyed Carmel’s student population regarding their knowledge of asthma, its severity, and their experiences with bullying. He then asked his participants to put themselves into two scenarios and provide feedback regarding their reactions. In the first scenario, the participant was the victim, and in the second the participant was a witness.

“I am most proud of the survey I constructed, and my research was taken from over 200 responses (which shocked me),” commented Jacob. Although the sheer number of students who experienced bullying did not surprise him, the student’s response to the bullying was a concern. Although most students claimed to be not affected by experiences, 5% of those surveyed were heavily affected and claimed to be deserving of their bully’s rancor. Jacob feels that it is this group that really needs attention and focus in the future.

Rogelio Vargas is concerned about the environment. He decided to use a new piece of equipment called a Packetlab to create a methodology to measure and compare the carbon dioxide produced by various cars.  Roger measured cars of different ages and models. He found that the CO2 output of the car is more dependent on car health than age or manufacturer.

“One thing I would like to share about my research is to keep up with regular car maintenance as it is better for the environment,” remarked Roger.  “A healthy car will have less impact on the environment and your wallet.”

So what’s next for these young researchers? Opportunity. Each student will be eligible to apply to participate in Stanford’s Step-Up Short Term Research Program for their junior and senior years.

“It has been Carmel’s honor to be chosen to participate in the first Kickerstar Program. We hope to continue to participate next year and beyond,” remarked Ms. Huntemann. “The research projects are just a small piece of the hard work and dedication these students made to this program. The speaker/mentors they introduced were diverse and empowering. Stanford provided the students an unforgettable experience beyond performing research. ”

“I now feel more comfortable being about to make presentations and pushing myself outside my comfort zone,” attested Amira.

“The program has shown these students a glimpse into what they can accomplish and has truly "kickstarted" their future,” observed Ms. Huntemann.

“Just based off this program, I already know I would like to become a scientist in the future,” concluded Ale. “The Stanford Step-Up Program is incredible and I would definitely recommend it to any younger kids who are interested in research.”

Links to the presentations for each project are listed below.

Title: The Effect of Music on A Person’s Stress Levels

If you think you would like to participate in a research program next year, please contact Ms. Huntemann.