Will YOU be the one to find the Queen? Join in on Carmel Catholic High School’s first-ever Queen of Hearts Raffle, a game of chance made popular for its record jackpot prizes. Drawings for this weekly 50/50 raffle will be held "live" every Thursday on the Carmel Catholic Facebook page. Proceeds benefit tuition assistance and student programming.

The next drawing is Thursday, September 30 at 12 pm

We really want to find the Queen of Hearts and we really want one of you to win half this pot! Starting September 2, any jokers pulled will still payout 10%, but they will NOT reset the board. We will pull each week until we find the Queen! 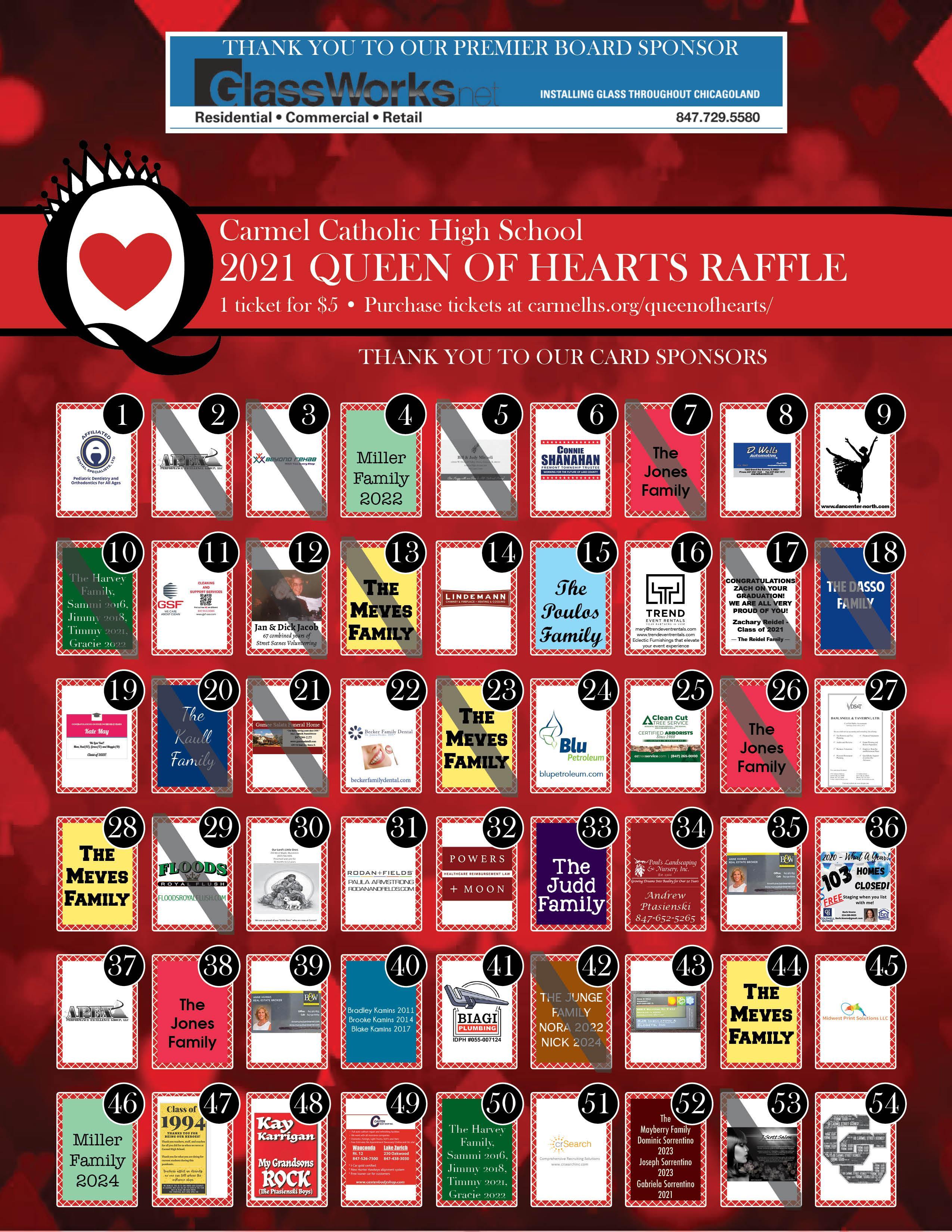 More than $10,000 has already been paid out to our lucky winners!

Only individuals 21 years or older at the time of purchase may enter the raffle. This raffle is void where prohibited by law. Purchasers must physically be present in the state of Illinois when the transaction occurs. This game is intended to conform to all City, State and other requirements.

View official rules and regulations. Carmel Catholic High School reserves the right to amend the official rules with reasonable notice posted on this webpage. Employees from the following CCHS offices are ineligible to play: Admissions, Advancement, and Marketing.